Murder in the Metros - Mumbai 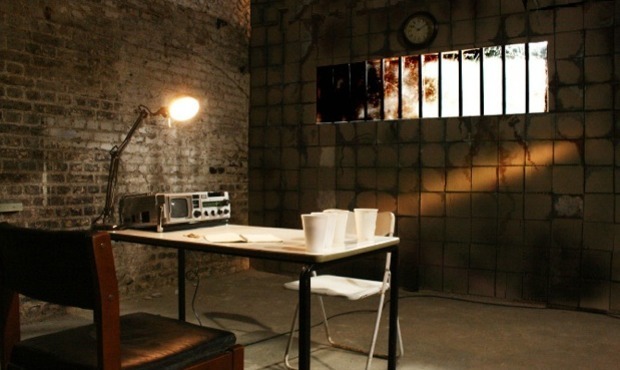 We're going to end the year with a big bang! Floh brings to you an event that is not only a first for us, but is the first event of its kind anywhere in the world!

Floh members will have a once-in-a-lifetime opportunity to be at the centre of a real-time, interaction-based murder mystery game! This cutting-edge gaming event will take place in Bangalore, Delhi, and Mumbai simultaneously! Yes, that’s right. You will have the opportunity to interact with members from all three cities. Separated by thousands of kilometres, folks in these three cities will connect in real-time through the internet and iPads and will compete in a murder mystery game that will blow your minds.

Each of the teams will consist of members from the three cities working together to determine who the murderer is and the motive. Like a true FBI style [Floh Bureau of Investigation, of course ;-)] operation, one city will act as the headquarters and will be responsible for collating all the information while the other two cities will operate as field offices and will have to navigate the venues to find clues.

This session will be designed and conducted by celebrated performance artist, Amitesh Grover. Sign up now for this event that you just don’t want to miss!

Amitesh Grover is a Performance Maker, New Media Artist and has created 15 Performances and Mixed Media Installations. He has conducted 125 shows across 11 countries.

Plenty of snacks and two cocktails will be served throughout the evening.

Sunday evening chic. After all, you will be on screen with members from other cities!

Got Questions? Email us at events@floh.in

What is special about Floh events?

Floh events allow members to meet and bond with each other in real life. Floh is not an online dating app - so don’t use it like one. It’s an ‘exclusive dating community’ for Indian singles who are looking for meaningful relationships. We have over 8 years of experience in connecting people, and the one thing we’ve learned is that connections are made in real life, not on an app. Over 3,500 members have gotten married on Floh, after they first met each other at a Floh event.

Floh is a beautiful community of young, urban Indian professionals with rich life experiences so make the most out of it. Sign up for a Floh event today! We do events in Delhi, Bangalore, Mumbai and Pune.

This lets us verify that you're a real person.
Connect via Facebook
Other Login Options »
Connect via Google
Connect via Linkedin
We never post anything on your behalf. Ever!

Floh Events are members only

Your membership has been approved, however to ensure you qualify we only allow members to attend events.

Attend this event for free by activating your membership.

EMI Options Available on all plans

Event tickets are sold separately  |  Payments made are not refundable